What to see in Rosenheim

The city of Rosenheim is located in the district of Upper Bavaria in the foothills of the Alps, at the area of Mangfall and Inn. It is surrounded by the district of Rosenheim with over 60,000 inhabitants. It is the third largest city in Upper Bavaria and one of twenty three Bavarian regional centers. The city is an important transportation line between Munich and the Brenner Pass.

Castle Rosenheim is a hilltop castle located above sea level. The castle was built by the Earl Hall of Wasserburg. It is almost a centry old. Castle was called Castrum Rosenheym. In fifteen century, it was damaged, but later rebuilt and destroyed again in 1714. 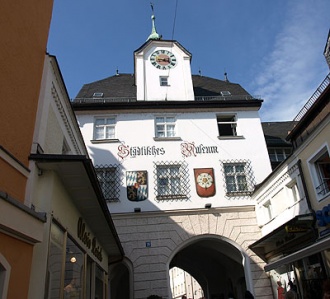 The Mittertor is the only remaining of the original five gates in Rosenheim. It is there since the 14th century, and represents the connection between Max-Joseph-Platz and Ludwig place. The first gate building dates from the 14th century. After the great fire of 1641, upper floors and the tower were built in its present form. Office was housed there.

Culture and Congress Centre Rosenheim was opened in 1982. It is a multi-purpose building with a meeting and exhibition area of over three thousand square meters. The house has modern technology for all types of events and catering.The largest hall with 1680 seats has center stage for events such as concerts, theater, cabaret and others. This also provides space for meetings from 100 people, concerts from 500 to almost one thousand and six hundred places. 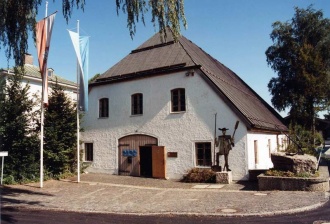 The Museum Inn has so many interesting displays and Marine Technical Collection of Water Management Office in Rosenheim among others. The museum is housed at the Inn Bridge in Rosenheim, it is build by 17th century historic Bruck Baustadel. The museum building has monument protection. Thirty years ago, building was no longer used for road construction, but for the water and river engineering.

Rosenheim has railway lines from Munich to Salzburg. Near the town lies the highway junction of Inn Valley. It is nice town with friendly people. The district of Rosenheim is in Upper Bavaria. With nearly 250,000 inhabitants, it is the second largest county by population in Bavaria. The county town of Rosenheim it is completely surrounded by the district.