Must do and see in Povážská Bystrica

Povážská Bystrica is the town in the northwestern Slovakia. This town is located on the river Váh thirty kilometers from the city of Žilina. This is a small town with little less than forty one thousand and seven hundred inhabitants. 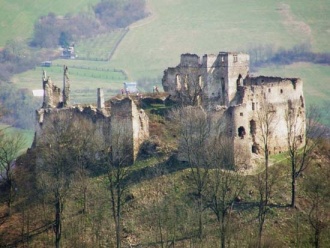 The ruins of this castle are located on a high cliff on a steep hill with an altitude of 497 meters. This was one of the important castles in this region and it had a crew of 400 people. The castle was originally wooden. The visitors can still feel how impressive was this place once.

Chapel St. Helena is located on the hill of 391 meters above the town. It was built in the eighteenth century. This is a one-nave structure with a baroque tower. The chapel is romantically surrounded by lime trees. One of these trees is two hundred and fifty years old. The chapel is easily accessible from the city by bus. 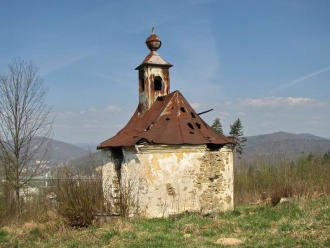 Kalvaria in Povazska Bystrica was mostly destroyed during socialist era. It has eleven stops leading to the main Chapel of Saint Magdalene on the top of the hill. Last reconstruction of the monument was done in 1937. This location is a part of National heritage.

2. Parish Church of the Visitation 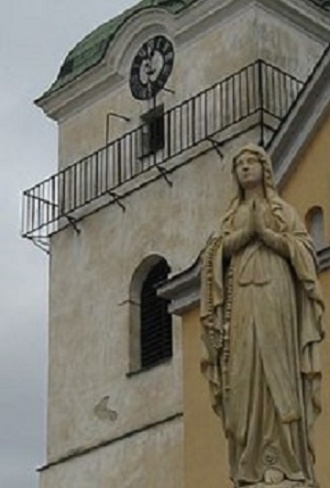 The history of the church dates back to the fourteenth century when it was built by Mr. John Podmanický. It was built in the Gothic style. In 1913, the tower was covered with Baroque onion-shaped structure. The major reconstruction of the church into a modern three-aisle building with two towers was in 1940. From the original building is retained chancel and the tower. Modern stained glass windows are made and designed by Vincent Beliefs Hložníkovcov in 1951.

The beginnings of history Castle Orlove is closely linked with the history of the Povazsky Castle. In 1612, it was built on the terrace across the river Vah. The castle is in Renaissance style. The castle was burned in seventeenth century. In 1733, it was rebuilt in the Baroque style and expanded.

The town was first mentioned at the beginning of the fourteenth century. This area has many historical buildings and locations and it is very popular among tourists.