5 things to do and see in Parramatta

Parramatta is a western district of Sydney. It is a city of its own right within the Sydney. This metropolitan area is the second oldest European settlement on the Australian mainland.

This monument is located in Parramatta Park. It is a tall significant sandstone memorial that is standing alone, guarded by heavy cannons. This is a memorial to The New South Wales Lancers that fought in the Boer War from 1899-1902. The memorial is surrounded by a low green wrought iron fence.The monument was unveiled in 1904. Beside the memorial is a heavy cannon that was removed from shore batteries. These batteries were placed to protect Port Jackson from naval attack.

3. The site of australia's first market

This is the site of the first market ever held in Australia in 1813. The majority of the fruit and vegetables grown in the area were taken to the city of Sydney for sale. Much of this food was sold at the market place in Parramatta. The site today is directly outside the Parramatta Town 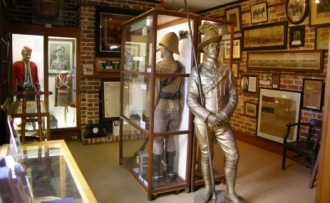 The Lancer Memorial Museum is situated in a two storey sandstone building from the first half of then nineteenth century.

John Macarthur was a soldier that arrived in Sydney in 1790 with the infamous and notorious second fleet. He was accompanied by his wife Elizabeth. Macarthur built this marvelous old classic home for his wife Elizabeth. This building is a great example of an early colonial bungalow. It was built in 1793. This house is a part of National heritage. It is in amazing condition and is a real museum. Visitors can walk through the entire house and even sit in the chairs. All the antique furniture here is an exact replica of the original furniture. The house stayed in the hands of the Macarthurs for nearly a century when it was sold and the land subdivided. Today it is in the hands of the National heritage. Inside the house is a Tea room where visitors can obtain light refreshments. 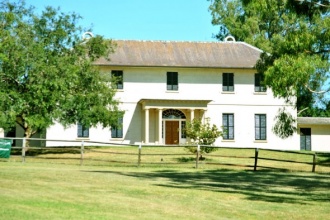 Parramatta is located twenty four kilometers from Sydney center. Parramatta is the demographic heart of the Sidney and one of its most historic neighborhoods.