What to do and see in Melbourne

Melbourne is the capital city of Australian state Victoria, second largest city of the country and offers many things to do and see. You can take a trip advisors for the attractions of Melbourne or you can read our suggestions. The decision is just up to you.

Botanic Gardens Melbourne are open every day from 7,30 am to sunset. You can experience garden with the guides and you can let kid explore special garden made just for them. Great news is that the entry to these phenomenon is free! Besides the great view and many information on plants there, you will get maps and brochures and also personal assistance. Great way to discover Melbourne, don't you think? 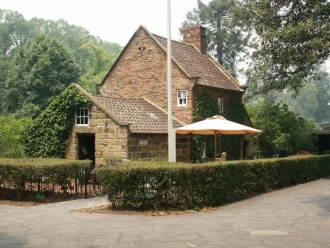 You have probably heard of Captain James Cook, haven't you? He was discoverer of Australia and to commemorate this Cooks' Cottage was rebuilt. His old cottage was demolished i 18th century and so far it has undergone two restorations. It is settled in the garden of 18th century character. 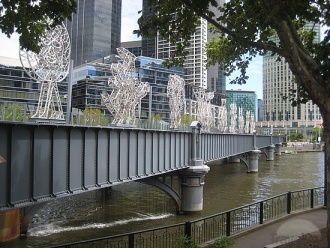 This is the unique link with Melbourne's present and past. It was the first steel bridge over the river of Yarra and it formed a link between the Port Melbourne and the rest of the city. It was built by the end of 19th century but it was rebuilt later. The bridge includes sculptures called The Travellers. These are really giant sculptures that depict waves of immigrants who came too Melbourne in centuries before to make it their new home.

Melbourne is a blend of different architecture and you can see some pretty old buildings connected with ultra modern skyscrapers. All in all it's universal city and you simply have to see it all. If you take a tour with Melbourne Tour Company, you can see the most important sights of the city, like Melbourne Town Hall, Captain Cook's Cottage, Albert Park Lake, Queen Victoria Market and Melbourne Park, home of Australian Tennis Open.

This is a convenient way to get around the central Melbourne. It is free and it shows major attractions of the city, it follows route number 35 and starts the route every 12 minutes. It takes about 48 minutes to finish one route, so here are plenty of things to see.

As you can see, things to do in Melbourne are really numerous, and the best part is that most of them are free. So, you just need a good will and a sunny day, and Melbourne is recognizable as pretty sunny city.