Lübeck-5 things to do and see

Lübeck is located in Schleswig-Holstein, in northern Germany, and it is one of the biggest the significant ports of Germany. Arranged on the stream of Trave, it was for a few hundreds of years the capital of the Hanseatic League. Due to its gothic building design, it is recorded by UNESCO as a World Heritage Site. Things to see and do here are: 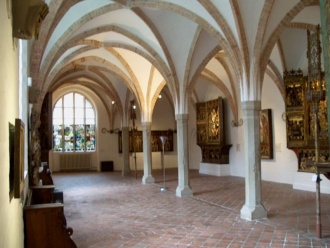 St. Anne's Museum is an exhibition hall placed close St. Giles Church and beside the synagogue in the south-east of the city of Lübeck. The principle building was an Augustinian convent manufactured in late Brick Gothic style. Since 1915 it has housed one of Lübeck's historical centers of art. It is home of sacrificial stones by Hans Memling.

The Holsten Gate is a city entryway between western limit of the old area of town. This Brick Gothic structure is one of the relics of Lübeck's medieval city fortresses and the main remaining city door with the exception of the Citadel Gate. Since its two round towers are so special, it has been an UNESCO World Heritage Site since 1987. The Holsten Gate is made out of a south tower, a north tower and a main building. It has four stories.

The Sacred Heart Church is the primary Roman Catholic church in Lübeck. It is two hundred years old and it is a church worth of visiting. 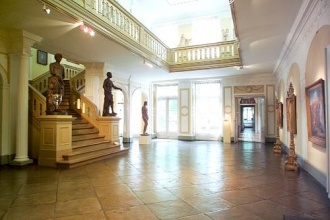 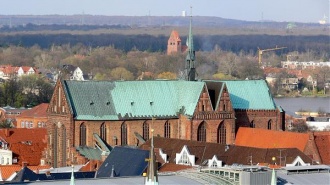 St. Catherine Church in Lübeck is a Brick Gothic church which fit in with a previous Franciscan resident of Saint Catherine of Alexandria. The Church was formed the early fourteenth century. It is part of Lubeck legacy and utilized as a historical center church. The displays incorporate a duplicate of Saint George and the Dragon made by Bernt Notke for Storkyrkan.

The old area of Lübeck is on an island surrounded by the Trave. The Elbe–lübeck Canal unites the Trave with the Elbe River. An alternate essential stream close to the town is Wakenitz. The Autobahn unites Lübeck with Hamburg and Denmark.