What to do and see in Hakodate

Hakodate is a city and port placed in Oshima Subprefecture, Hokkaido, Japan. It is the capital city of Oshima Subprefecture. Hakodate was established in 1454 by Kono Kaganokami Masamichi. Hakodate is Hokkaido's third biggest city. As one of the first Japanese harbor urban communities to be opened to worldwide exchange after the nation's time of confinement, Hakodate has encountered eminent impact from abroad. Things to do in Hakodate are:

Mount Hakodate is a over 300 meter high mountain at the southern end of the land. Perspectives from the mountain are glorious from Nagasaki's Mount Inasa and Kobe's Mount Rokko. It has parking, gift shops, a bistro and a cafeteria style restaurant. Everything here is excellent.

In 1859, Hakodate, Yokohama and Nagasaki were opened by the Edo Shogunate for exchange. With the improvement of remote exchange, the city was quickly westernized. Old Public Hall of Hakodate Ward is the corridor between east and west. This is a remarkable building in Hakodate, assigned as vital social property. It has a sublime primary corridor and rooms saved for uncommon visitors. 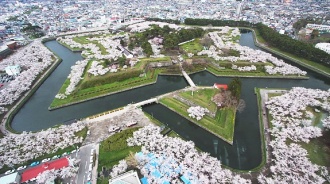 The Goryokaku is a star-formed building and Tower Observatory build in western-style about 150 years back. Its channel is encompassed by around 1,600 cherry trees, making the Goryokaku one of Hokkaido's top cherry bloom areas.

This was a private habitation of an Soma Teppei. It is found close to the Old Public Hall of Hakodate Ward, which was developed through his liberal gift. It is a Japanese-style legacy structure illustrative of Hakodate. 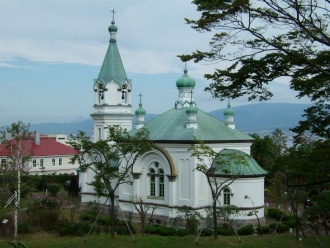 Hakodate is called the "city of gourmets". Surrounded by the sea, Hakodate is a safe house for many fish. You must try fish rice dish and Hakodate Ramen.