Must do and see in Cordoba

The original Roman town, now the capital of the Caliphate, Cordoba is located on the banks of the Guadalquivir and is a cultural and historical site of great importance to the Spaniards. Despite the urban development and rapid expansion of the city with 310 000 inhabitants, it is difficult to believe that the city was for centuries the spiritual and cultural beacon of the Western world. The symbol of the city is Islamic masterpiece Umayyad Mezquita. 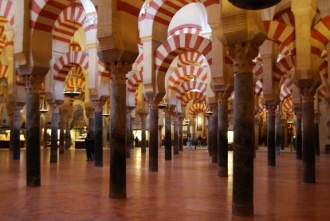 The architecture of the monument, the only one of its kind in the world, tells a fascinating story. It is a living testimony of the Muslim and Christian faiths. The mosque was built between the 8th and 10th century farm Visigothic church of St. Vincent. After the Reconquista, it is dedicated to the Catholic faith in the 16th century, Christians built Gothic cathedral right in the center arch of the mosque. This is really most unique building in the world. 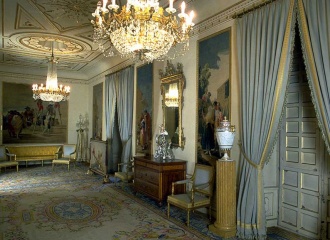 This palace was enlarged several times between the 14th and 19th centuries . This outstanding complex of buildings covering an area of ​​6500m2 with a park and excellent facilities . The interior of the palace is amazing, especially the Salón de los Sentidos decorated with pearls and outstanding Cordoba leather.

The church was part of the old monastery of St. Paul, who founded Ferdinand III. Innards is huge with preserved Romanesque style and Gothics. You will definitely notice extraordinary sculptures made ​​of Mudejar arches; statue of Notre -Dame made ​​by Juan de Mesa is a real attraction.

With its whitewashed streets, courtyards decorated with flowers, ornamental work of iron and bars, it is impossible to resist the charms of this region. Step into to the area of Mezquita, this area is for tourists to explore one of the most beautiful medieval district of Spain.

Cordoba is a city worth to visit. Its unique atmosphere will give you amazing time and you will be able to relax.