Things to do and see in Bratislava

Bratislava is the capital of Slovakia. It is also the biggest city in this country. This town has four hundred and thirty one thousand inhabitants. Bratislava is located on the river Danube only sixty kilometers away from Vienna.

The castle has a dominant location in the city. The views from the castle are great because visitors can see both the old and the modern city. This is not the original castle but a copy. The original castle was destroyed. This one was built 50 years ago. Today, the castle houses the Slovak National Museum. This is also a very popular place for weddings. 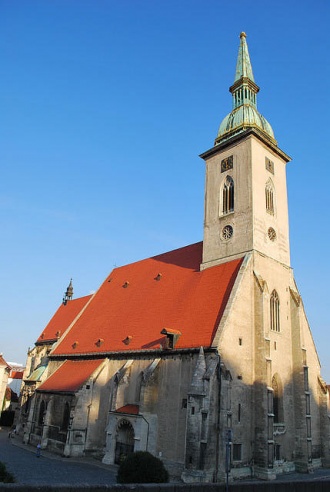 The Cathedral of St. Martin was built in the fifteenth century. This cathedral in Gothic style is the main and also the largest cathedral in Bratislava. Inside the cathedral there are crypts where several church officials and politicians of the city are buried. Two interesting things are the conservation of some elements like Hungarian crown on top of the tower and the tomb of a Hungarian nobleman in one side of the cathedral 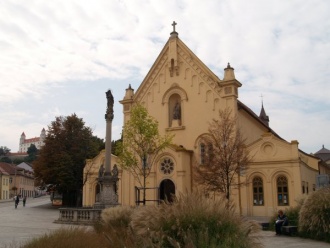 This church belongs to the Capuchin order of monks. It was built in baroque style. From the front, visitors can see the church in its full glory.

Devin Castle is located very near Bratislava. The castle ruins are on a fully strategic place, 212 feet above the estuary of the Danube and Morava rivers. The castle was built in thirteenth century. In 1801, the castle was destroyed by Napoleon's troops after the siege of Bratislava, and today it is in ruins. It can be easily reached by bus from Bratislava or by boat. The castle grounds have been put up for tourists so despite being in ruins, it is interest for visit. In addition, visitor can enjoy in beautiful views of the Danube and Morava.

The city of Bratislava was once surrounded by a medieval wall. Today, one of the few remnants left of it, if not the only, is the gate or tower of San Miguel. It dates from the early fourteenth century and is one of the most representative symbols of the city. The tower, 50 meters high, is now the museum of weapons. Its name comes from the church of San Miguel, which is under the castle. The gate divides the ancient city from modern.

The town has a very long history. There are traces of people settlements in this area from 5000 BC. That is the reason why this town has many historical monuments and it is very popular tourist destination.